Worlds Collide: Tales from an Awesome-Sauce Party is a crossover e-book between The 39 Clues, Infinity Ring, and Spirit Animals series as part of the Worlds Collide event. It was written by online users of the online websites for Scholastic's three multiplatform book series, and was edited then by Mallory Kass, Nick Eliopulos, and Zack C. into a published e-book with a cover, released for Scholastic's Worlds Collide event at the end of April, and which will be also released for free as a PDF on the forums. The e-book is available as a PDF here and on iBooks for free here.

Since Worlds Collide is a collaborative story, its authorship is attributed to several Scholastic message board users. The following users were credited:

The e-book was announced on April 2, 2014 by Admin Zack C. as part of the Worlds Collide initiative. "Hey guys, To celebrate Worlds Collide, we’re trying something new—something CRAZY. We’ve been so impressed with your fan fiction that we’re giving you the chance to write the BEST FAN FICTION MASH-UP OF ALL TIME. We’re inviting fans from all three series—The 39 Clues, Infinity Ring, and Spirit Animals—to join forces to write a story called WORLDS COLLIDE: TALES FROM AN AWESOME-SAUCE PARTY. Yes, you read that correctly. The Cahills, the Hystorians, and the Greencloaks are all going to meet up at the Cahill Command Center for the party of the century. Want to join the fun? Here’s how it’s going to work: Each Wednesday for the next three weeks, we’ll post a new writing prompt. Then, it’s up to you to bring the story to life! We want to know what YOU think your favorite characters would do at the party. At the end of the month, the 39 Clues, Infinity Ring, and Spirit Animals editors are going to get together and actually COMBINE your entries into the most explosive, hilarious, weirdest, and (you guessed it) most awesome-sauce story ever. And that’s not all. We know the final product is going to be amazing, so we’re going to turn it into an e-book that you (and maybe LOTS of other people) will all be able to download and read! Just remember a few things before you get started: -Steer clear of personal information like your full name, your town, your dog’s name, your kid brother’s name, etc. -Only post your original work —no copy cats allowed! So please don’t post anything previously published, or from anyone else’s story. -This story is about our three favorite series: The 39 Clues, Spirit Animals, and Infinity Ring. Please only use references to the worlds and characters of these three series So . . . are you ready to get started?" The editors Mallory Kass, Nick Eliopulos, and Zack C.

"Colliders, You’ve imagined the party music, decorations, drama, and soon dance-offs for the first ever fan-fic digital book, Worlds Collide: Tales from an Awesomesauce Party! I’ve heard the editors buzzing about just how amazing your story submissions are and I can’t wait to read the final book. We worked with the Scholastic designers (the same talented folks who design the covers for The 39 Clues, Infinity Ring, and Spirit Animals books) to come up with the most epic party-themed cover imaginable. Here it is! Seriously, how fun is it to see Briggan, Sera, and Dan rocking out together and wearing party hats? I can practically hear DJ Saladin’s tunes already. We hope you like the cover! And (party) hats off to all of you for inspiring such an awesomesauce fan-book. Remember the final story will be posted as a PDF here on the message boards (and maybe somewhere else too!) in a few weeks, so stay tuned." Admin Beth N.

Hey Colliders! Wow. First off: we just wanted to thank you all for sharing your fantastic writing with us. Your submissions to the Worlds Collide Fan Fiction prompts really blew us out of the water. There are so many talented fans on the boards, and it was a BLAST to read your stories and weave them together into one crazy celebration. Some of our favorite submissions were the ones that involved your own characters, or us, the mods, or side plots that happened behind the scenes. (Like Saladin falling in love with Uraza—brilliant!) But unfortunately, because of the limits of the story, not all of these were able to make it into the final book. That doesn’t mean the stories weren’t absolutely amazing. We were constantly impressed with the breadth of your imaginations, and the smart and surprising directions you went with the prompts. Everyone who contributed should feel very proud of their work. And now all that work has paid off. We present to you Worlds Collide: Tales from an Awesomesauce Party, created for the fans from the contributions of the fans. Click this link to download a free PDF of the e-book to read. And if you submitted your writing, be sure to look for your screen name on the contributors page! . . . But that’s not all! Because we were so impressed by all you awesomesauce writers, this fan book is also being made available as a FREE download on the Apple iStore! That means tons of people (in addition to us Colliders) will be able to download and read your amazing story. Just promise me this: remember us little people someday when you are famous authors. Thanks again everyone, and enjoy your book!

"Here’s what you need to know: The party is taking place at the Cahill Command Center, with DJ Saladin mrrping along to some bad beats in the DJ booth. The party guests are starting to arrive, and that’s where you come in. . . . What are your favorite characters doing? Is Amy hanging around the punch bowl, wishing she had a book to hide behind? Is Dak trying to talk about history, but finding that the only “person” who will sit still long enough to listen to him is Jhi the panda? What about Dan? Is he trying to convince Hamilton Holt to be his spirit animal? This week we only want you to write about the BEGINNING of the party. Next week we’ll give you a new prompt as things start to get really crazy. Post your story opener right here no later than Wednesday, April 9. (That’s 2014, for all of you time travelers.) We’ll be back then with Prompt #2. Have fun! And don’t forget to check out all the other WORLDS COLLIDE insanity happening all month long." The editors Mallory Kass, Nick Eliopulos, and Zack C. on Wednesday April 2

"Hi guys, Wow, what a week. We’ve been sifting through your stories, and let me just say—the Worlds Collide fans are a really talented bunch. You’ve given us so much great material to work with for your combined e-book. The party is off to a spectacular start. It’s fun to see all our favorite characters meeting for the first time in one awesome-sauce event. But now that the introductions have been made, and the snacks have been eaten, and the long-winded speeches about history have been…speeched, it’s time to crank up the drama. Because, after all, what’s a big crazy party without a few party crashers? Prompt #2: Who Invited These Guys? Here’s what you need to know: Just as things are getting into full swing, a loud siren begins ringing through the Command Center. Someone has infiltrated the Cahill Estate. The doors fly open, and standing in the doorway is a trio of the nastiest villains that the Cahills, Hystorians, and Greencloaks have ever come up against—Pierce, Tilda, and Zerif. And right behind them is a whole squad of Piercer goons, Time Wardens, and Conquerors with their spirit animals. “Split up,” says Pierce. “Grab the Infinity Ring and whatever talismans the Greencloaks have on them.” He kneels down and rolls a small mechanical ball into the center of the room. The ball lets out a single beep, and then it explodes, filling the Command Center with a thick, impenetrable fog. So . . . what happens next? There are lots of bad guys in the room, and everyone is going to have to work together to clear them out. How will your favorite characters deal with these threats, so the party can get back into full swing? (Feel free to tackle all the villains or just one. We’ll be weaving your ideas together into one story.) Just remember—no killing! In each of the three worlds, history has to run its course. The last thing Dak and Sera need is to be fixing Breaks in Erdas." Editors Mallory Kass, Nick Eliopulos, and Zack C. on Wednesday April 9th

"Hi partygoers, Holy cow! We thought you guys were talented when we read your stuff last week, but you have really blown us out of the water with your stories about the party crashers. We have so much good material here for the fan-made story. Thanks for lending us your talents! For our third and final story prompt, we are going to jump to the end of the party. The bad guys have been booted from Cahill Command, and it’s time for our heroes to pick up the festivities with the moment they’ve all been waiting for. It’s time for a dance-off. Prompt #3: DANCE BATTLE! Here’s what you need to know: After the scuffle, the Command Center is kind of a mess, but that’s a problem for tomorrow. Now that the Piercers, Time Wardens, and Conquerors have been ejected, the party can get back into full swing. And what better way to cap off a martial battle than with its peaceful musical counterpart—the dance battle. There are three contestants, one from each of the Worlds Collide camps. The Greencloaks are sending Briggan (four legs have got to be better than two, right?), the Hystorians have volunteered Christopher Columbus (all that time aboard ships has resulted in some killer sea legs), and the Cahills are offering up none other than ninja-master Dan Cahill himself. So what do these three contestants have to offer on the dance floor? That’s for you to decide. BUT, through a series of polls we conducted on The 39 Clues, Infinity Ring, and Spirit Animals message boards, we do already know who the winner is . . . . . . Dan Cahill! All that’s left to figure out is everything in between. Happy writing!" Editors Mallory Kass, Nick Eliopulos, and Zack C. on Wednesday April 16th

"Greetings Colliders! We have a super special Worlds Collide treat for you today! You all did such an incredible job describing the dance battle in prompt #3, that you inspired Becky (one of the most talented moderators I know) to created a few illustrations of the characters. What do you think? Pretty fabulous right? Which is your favorite?" - Admin Lauren F. 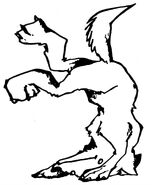 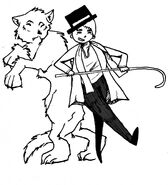 Briggan and Dan Cahill dancing together 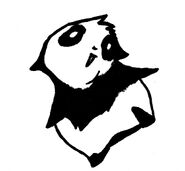 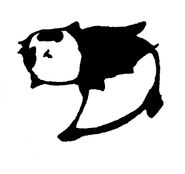 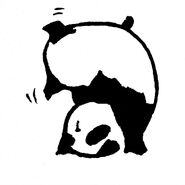 Disco Jhi
Add a photo to this gallery

Retrieved from "https://39clues.fandom.com/wiki/Worlds_Collide:_Tales_from_an_Awesomesauce_Party?oldid=120300"
Community content is available under CC-BY-SA unless otherwise noted.