The 39 Clues Wiki
Register
Don't have an account?
Sign In
Advertisement
in: Pearl, Locations in Europe, A King's Ransom, Janus strongholds

King Ludwig II's Neuschwanstein Castle included bedrooms, concert halls and even an artificial waterfall. Cahills always knew Ludwig was guarding a Clue inside one of his palaces, but not one branch except the Janus found his hiding place, even after his death. The Clue remained hidden for centuries in the grottoes of Neuschwanstein. It also is showed in A King's Ransom.

The Clue was Pearl.

Neuschwanstein Castle is featured in Card 84. 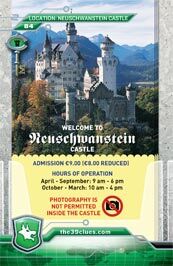 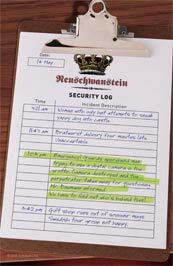