The 39 Clues Wiki
Register
Don't have an account?
Sign In
Advertisement
in: Madrigal, Branches of the Cahill family, Organizations

The Madrigal Branch is the last and formerly secret branch of The Cahill Family.

Madrigals are generally known as stealthy and secretive. They can be very shy (like Amy and Fiske Cahill) or eccentric and troublemaking (like Grace and Dan).

The Madrigals were founded by Olivia Cahill's fifth child Madeleine Cahill. After Gideon died in the fire that destroyed their home, Olivia Cahill gave birth to Madeleine. She was raised by her mother to reunite the Cahills. Madeleine swore on Olivia's deathbed that she would reunite the family. In honor of Olivia, many Madrigals take up their mother's surname, like Dan and Amy Cahill.

The ultimate goal of the Madrigal branch is to prevent a single branch from obtaining all 39 clues and reunite the Cahill Family. They try to avoid using violence and killing, but as with all Cahills, will do so when necessary. When Constantine of Russia (a Lucian) came the closest in history to gathering all thirty-nine clues, the Madrigals led the Bolshevik Revolution and killed the Last Royal Family of Russia. Only Anastasia Romanova survived.

Another task for the Madrigals is to, under all costs, protect Gideon's gold ring from the Vespers, as it is the final piece for their doomsday device.

The former leader of the Madrigals, Grace Cahill, died at the beginning of the first book in the 39 Clues series, setting off the events in the series. The current leaders of the Madrigals are Amy and Dan Cahill, Grace's grandchildren.

It is imperative that you learn to work with others to achieve a greater good.' -NRR to Amy and Dan, The Black Circle.

Madrigals were long believed to be ruthless assassins and spies. It wasn't until recently the other Cahills learned that the Madrigals are actually a fifth branch of the family, who strive for peace between all five branches. More than half the Nobel Peace Prize Winners were Madrigals, and they helped found the United Nations and other peace associations and organizations.

In order to be Madrigal, a person must pass several tests without knowing they are doing so. Only after would they be told the secret of the Madrigals. The reason why this branch is very secretive is because the other branches would certainly be unhappy if they found out that the Madrigals have equal status as them and knew what their mission was. The entrance to be a Madrigal used to be dramatically different until Ana Kosara joined the branch and was discovered to be a Vesper spy, and subsequently dismissed.

Other Cahills feared them, believing that they were “rogue Cahills” who didn’t know what branch they were in. 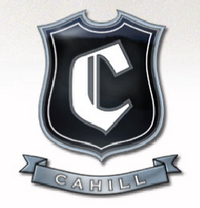 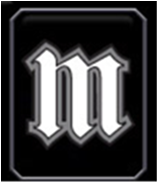 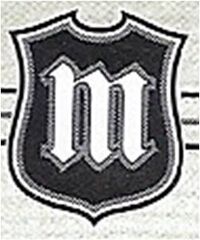 The Madrigal mascot is actually two mascots; the calligraphic letter "C," meaning Cahill, and the calligraphic letter "M," meaning Madrigal. Unlike the other branches, they do not have an animal as a mascot. The Madrigals use the "C" in the idea that one day all five branches of the Cahill family will reunite and fulfill the Madrigal's mission. On the other hand, the Madrigals use the letter "M" to spread fear and uneasiness through the other Cahill branches, especially after ambushes, demolitions, assassinations, etc. In The Black Book of Buried Secrets, it is said even the toughest agents run away screaming in fear once they see it. The crest is the only one to use different mascots for different meanings.

Members of the Madrigal Branch

Madrigals in The 39 Clues

The Code of the Madrigals

The Code of the Madrigals is apparently a book written for Madrigal members. It was seen on the back of Card 72 and Card 73.

Very little is known about their strongholds, though it is known that one must escape a maze in one of their strongholds in order to be a Madrigal. One maze is located in South America, as revealed by the iPhone game Madrigal Maze.

The most important code is in Book 8 : The Emperor's Code

Combined - they say : Madrigals are behind everything. They lay out the path the others will walk. The end is coming.