The 39 Clues Wiki
Register
Don't have an account?
Sign In
Advertisement
in: Guardians, Machina Fini Mundi, Cahills vs. Vespers

The Machina Fini Mundi (Machine for the End of the World; Doomsday Device) is a device for which the plans were written before 212 BC by Archimedes. In the early 1500s, Damien Vesper began working on the machine further and eventually discovered how to build it. It works by reversing the earth's magnetic pole (which occurs naturally between a very long period of time) rapidly by using super powerful electromagnets, causing the earth's core's rotation to alter, which causes the mantle's current to change too. Mantle altering currents will disable subduction zones (places where the Earth's crust is unstable) and thus setting off a chain of earthquakes, tsunamis, and volcanic eruptions that would bring about the end of the world. It also reduces the Earth's magnetic field strength by 10%, which lets Earth be exposed to cosmic radiation. It was recreated (technically) in 2010 by Damien Vesper III.

Astrolabe: Unknown purpose, possibly determines a location in space where the machine can move so that it has a clear aim at the right parts of the Earth.

Gideon's Ring: Allows the machine to target the right points on the Earth. Markings on the ring represent each subduction zone. It is located between two of three major gears at the center of the machine.

Electromagnets: Shift tectonic plates to set off the natural disasters.

The Medusa: Possibly a map leading to Il Milione.

The Book of Ingenious Devices: Possibly gives descriptions of parts used in the machine.

The Apology for a Great Transgression: Apology to Archimedes.

The Voynich Manuscript: Folio 74 Gives a diagram of the Antikythera Mechanism 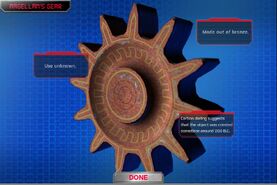 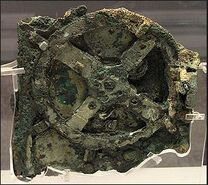 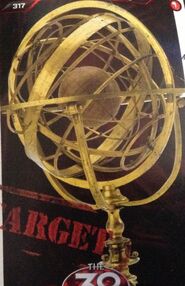 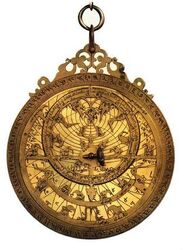 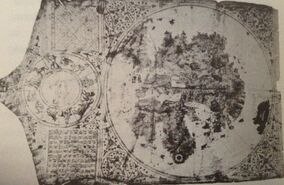 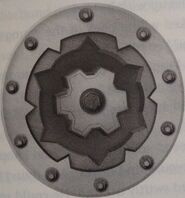 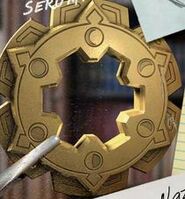 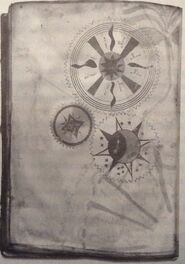 The Voynich Folio 74
End of Spoilers
Community content is available under CC-BY-SA unless otherwise noted.
Advertisement