View source
This page is for cards as a whole. For a list of all cards, see Card Chart.

Along with the series, Scholastic has released cards to collect. Over 400 are planned to be released. These cards have codes that can be entered online. Online, cards can be combined, unlocked, or solved to make clues. Some cards have puzzles that can be solved. Other cards have a "Top Secret" tab that reveals more information about characters, branches, or other interesting facts. There are different types of cards and different rarities.

Cards can either belong to the Lucian, Ekaterina, Tomas, Janus or Madrigal Branch.

However in the Cahills vs. Vespers series the cards don't have a branch.

Each card must be either Agent, Founder, Location, Secret, Prestige, Money, Replicator, or a Gadget Card.

Agent: Agent Cards are any cards that show or describe a person in the 39 Clues Universe. These are normally present-day characters.

Founder: Founder Cards are any cards that show or describe a historic person that is perceived as a Cahill. Most are from the past, and are dead.

Location: Location Cards are any cards that show or describe either a Clue location, historic site, etc. that is linked with the 39 Clues Universe.

Secret: Secret Cards almost always have some sort of code in them for you to crack, and will often have the "Top Secret" tab in the card description.

Gadget Cards only appear in Cahills vs. Vespers. They show or describe Inventions that have been made for the Missions.

Prestige: Prestige Cards are a kind of Bonus Card, and are only used in the 39 Clues game, Double Cross. They act as a blockade to stop your opponent from Stealing or Sabotaging your deck.

Money: Money Cards are a kind of Bonus Card, and are only used in the 39 Clues game, Double Cross. They act in the form of you gaining the ability to take any card you want from your deck, even if it's covered up.

Replicator: Replicator Cards are a kind of Bonus Card, BUT they also have another job. In the 39 Clues game Double Cross, Replicator Cards give the player the chance to start or end a mission stack, used as a Wild Card. But if used off of the game Double Cross, Replicators have yet another function. They can be used to "Replicate" cards that you currently do not have and need/want! Although when you Replicate the cards, they will only appear virtually (unless you print them out), it's a fun and easy way to gain cards that you need for missing Card Combos for Clues. To Replicate a Super Common, Common, or Uncommon Card, you must have and use-up one Replicator Card. For Rare and Ultra-Rare Cards, you must use/have three Replicator Cards.

However in the Cahills vs. Vespers series you cannot replicate the cards.

The rarity can either be Super-Common, Common, Uncommon, Rare, or Ultra-Rare.

However in the Cahills vs. Vespers series the cards don't have a rarity.

Card Combos are combinations of cards that can unlock clues. All the cards in a combo must be collected in order to unlock the clue. You can identify a card combo card by its clue key (only in Packs 2-4)

Agent Cards are cards made by people online. You can decorate your card however you like using the outlines and decorations provided by Scholastic, and your card is given a number. An example is P4G4MPNNXP. These card numbers can be swapped with friends or other 39 Clues fans and you can add other's cards to your account.

Puzzle Cards have a Puzzle section in their Full Card Profile. If you solve the puzzle, you will get an award that goes to your Agent Card, and unlock the Top Secret part of that card.

Clue Cards can unlock Clues by collecting all the cards needed for the Clue combo.

Top Secret Cards are cards that have a Top Secret section in their Full Card Profile.

"Thomas Jefferson" cards are cards that have puzzle pieces on the back of the card. They got this name as the first card was Card 6. There is one "Thomas Jefferson" card in each of the packs that are released with the books. If you turn these cards over, they form a picture. These cards have three asterisks (***) after their card name in the card charts below. 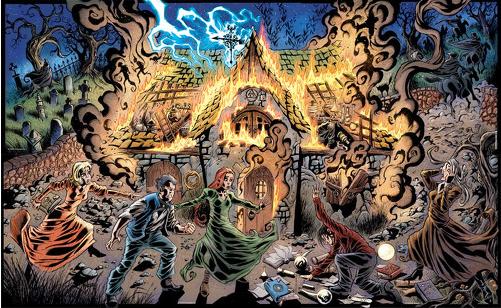 The "Branch Founder" Cards are the cards of the founders of the four Cahill branches. All four of them are found in Card Pack 2.

On the back of the Unstoppable cards will form a part of the Antidote Codex and one card from each book there is a piece of a star map.

One card of each book in the Doublecross series will form a part of the master plan of The Outcast.

How to Get Cards

You can get the cards in one of several ways:

Another way to get cards is to purchase the Card Packs. There are four card packs available: The 39 Clues series:

There is a packet of six cards sold with each book release. The six cards are individual to each book and combine to make the Clue that Amy and Dan found in the book. Out of these six, there will always be one card that will be a Thomas Jefferson Card.

However in the Cahills vs. Vespers series one of these cards will be a starmap puzzle card.

Solving the puzzles hidden in the books earns one Card Replicator for each puzzle. To enter your answer, click on Books on the website.

Go to this website http://the39clues.scholastic.com/getyourcards and input the two words you are asked to receive your cards.