The 39 Clues Wiki
Start a Wiki 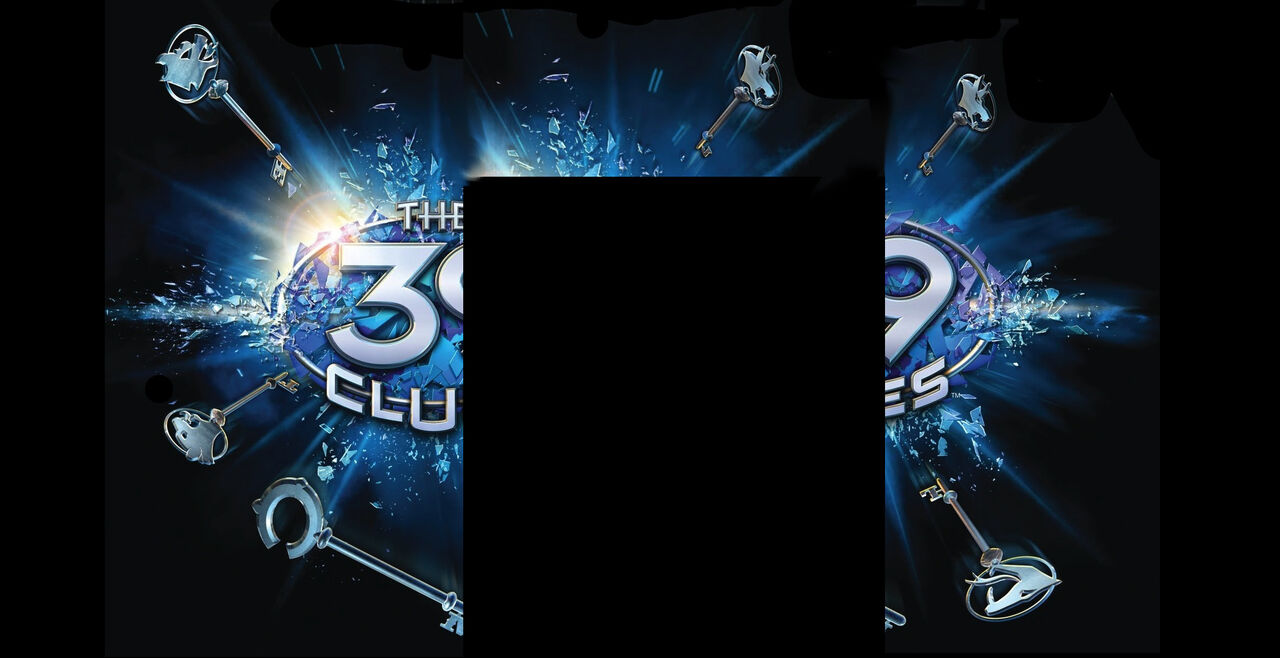 As long as Leo Howard plays Dan and Chanelle Poloso plays Amy, I am fine. And Grace should be played by none other than Betty White.

Dan: My only though is Devon Murray (The actor for Seamus Finnigan) However he is probably too old and his acccent would just be hilarious. Another possibility and one that works a bit better is Will Dunn (He is not very well known but he did Harry Potter's older son at the end of Deathly Hallows Part 2)

Amy: After getting nuts deep into Game of Thrones Sophie Turner is a possible Amy, however I don't think she is a great actor because she had one of the worst performances of the whole first season (Have not watched season 2 yet so she may have improved)

Sinead: Jacqueline Emmerson (No idea if she can act but she fit the role of Foxface and she looks a great deal like Sinead)

Ian Kabra: Only one choice comes to mind: Tom Felton (Draco Malfoy's actor) Just slap some hair dye and gel and he is good to go.

Natalie: Just get any anoyying little sister and you have your Natalie. She won't even NEED to act =P

Jonah Wizard: Alfie Enoch (Dean Thomas) would fit the role nicely in looks. And he is not the worst actor ever so we won't have to worry about that.

Hamilton Holt: Josh Hutcherson is the first guy who comes to mind. Just toss some blond hair on him and he is perfectly set

Reagen/Madison: Chloe Moretz (Hitgirl/ Mindy Mcready in Kick-@$$) I could never tell the difference between them but either way one of them should be portrayed by her.

Isabel Kabra: Charlize Theron was pretty evil in Snow White and the Huntsman. I think she would fit this role nicely.

Eisenhower Holt: Considering Eisenhower has no pictures to say who he actually is.. Any big white actor fits the role. I LOVED Tom Hardy as Bane and I think he would be cool as the stupid Drill Seargent Eisenhower is. Nicholas Cage would also be fun. I think he would bring some humour to that role.

Irina Spasky: She was one of my favorite characters in the entire series. Helena Bonham Carter (Bellatrix Lestrange) would fit PERFECTLY. She better know hwo to do a Russian accent however =P

Allastair Oh: Ken Wantanabe (Saito in Inception and Lord Katsumoto Moritsugu in the Last Samurai) Acedemy nominated actor who would fit Allastair very well. He is Japenese though but lets face it... Americans can't tell the difference anyways =D

Fiske Cahill: Micheal Caine! If this guy gave a bad performance the planet would explode. He is my first and ONLY pick for Fiske.

Nellie: Here we have Rooney Mara. I watched Girl with a Dragon Tattoo and the first thing I though when she came on screen with the crazy makeup and piercings was: Nellie!!!

Saladin: The greatest 39 Clues character to ever have existed. He should be played by none other than my cat! and when the action scenes come on they should switch to random shots of Saladin every few seconds =P (Can you guess what movie I am referring there?

Grace Cahill: Judi Dench is my first pick. However I hear she is in bad health so my second pick is Helen Mirren.

William McIntyre: Still stumped, even after watching Game of Thrones I am stumped. maybe season 2 will bring some help

Ok, now that I am finished with season 2 of Game of Thrones Sophie Turner would be a perfect Amy. Now.. off to find a McIntyre

(edited by Runic Lord)
0
Darkmoon25 wrote:
Ok, now that I am finished with season 2 of Game of Thrones Sophie Turner would be a perfect Amy. Now.. off to find a McIntyre

(edited by AinyShiyam)
0
What about Gary Oldman for Fiske?
(edited by Cali39)
0

It would be good if the models in the cards plays as the actual character in the movie :>

I don't know about the kids, there aren't that may actors or actresses young enough, but I think that the Wizards (minus Cora) should be played by Will and Jordan Smith. And, as Jonah would say, "word" to the first commenter about Maggie Smith playing Grace. I think She would be a great fit!

(edited by Daughter of athena4210)
0
Quote:
I agree with you but maybe Olivia Holt would b a more convincing Amy

(edited by AmyCahill1234)
0
Quote:
julie andrews should be Grace, Garett Ryan as Dan, hayliy Kiyoko as Nellie, amy addms as Dan and Amys mom, josh hucherson as hamilton emma roberts, cole and dylan sprouse as the sterlings tripletts, but i cant find out who should be Amy, Ian, Natiliue, Alistair OR ISABEL!!!!!!!!!

Amy: Malina Weissman (she plays Violet in Asoue on Netflix which is actually pretty good)

Dan: either Jack Grazer (Eddie in It (he’s got that annoying hyperactivity down)) or for someone who looks more like Dan, Jacob Tremblay. He’s an amazing actor for his age, and was in Room, Wonder, and a lot more stuff more recently, though I haven’t seen much of it.

Nellie. I’m going to agree with everyone else here. Hayley Kiyoko would still be amazing :).

Hamilton Holt: Nicholas Hamilton, and not just because his name matches. He was the bully in It, and looks the part too.

Reagen/Madison: even though years have passed and she’s older, Chloe Grace Moretz would still play this role nicely.

Jonah Wizard: Jaden Smith. The role was pretty much written for him.

Ian Kabra: his race is never really specified, but I’m going to go with Indian. So, Karan Brar. I think I spelt his name wrong, it he was the kid in Jessie.

Natalie: I honestly don’t know. Ruby Pedroza, maybe? She’s Latina and not Indian but unfortunately I cannot think of anybody better.

Isabel: Priyanka Chopra. Okay, but she looks exactly like how I imagined Isabel. Unfortunately I don’t know much about her as an actress other than she’s married to one of the Jonas brothers.

Irina Spasky: Scarlet Johansson. She’s played a Russian character before. And she’s pretty good actress but she might be too a-list rn for a children’s movie.

Alistar Oh. Chow Yun-Fat. Google him. Unfortunately I don’t think he’s Korean either. Anybody else have suggestions?

Grace Cahill: Helen Mirren or Judi Dench still works . I’m glad Judi is in better health and she would be great in this role.

What do you think?